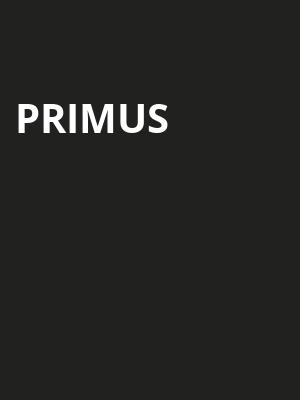 A must see for any Primus or Rush fan!

a tribute to kings tour

The ever undefinable Primus are heading out on an extra special tour as they celebrate the late and great Rush drummer, Neil Peart. In this 46 date tour the Primus trio will be playing fellow prog-rockers Rush's seminal 1977 album, "A Farewell To Kings" in full on the Tribute To Kings Tour! Don't miss your chance to be a part of this exclusive event!

Primus is currently composed of singer/bassist Les Claypool, guitarist Larry 'Ler' Lalonde, and drummer Tim 'Herb' Alexander. The band started as an underground appearance in San Francisco and as their fanbase grew rapidly, so did they. Releasing platinum and gold albums, Primus has toured with some of the biggest names in rock.

You may be required to have had a COVID vaccine in order to attend this performance or show proof of a negative test. Please contact the venue directly for more information on this.

Very good show, especially the Rush tribute. Would have been nice to see... more

The weather September 22 in Detroit was horrible (wind & rain) for an outdoor... more

Sound good to you? Share this page on social media and let your friends know about Primus at Gillioz Theatre.